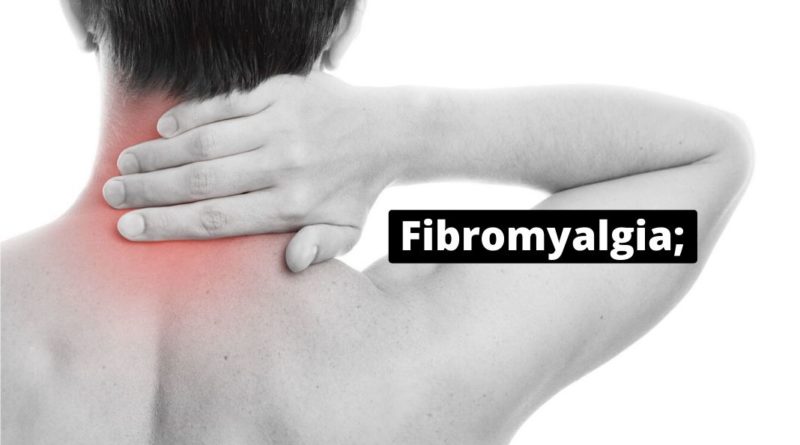 Fibromyalgia is a syndrome characterized by chronic generalized pain, which is localized in the muscles, joints, and tendons. The term was first coined in 1976 and is derived from fiber (connective tissue, support tissue), muscle, and algia (pain). It was recognized as a disease by the WHO (World Health Organization) in 1992 and classified in the last revision of the “International Classification of Diseases” as a rheumatic disease.

Fibromyalgia is characterized by generalized musculoskeletal pain and extreme sensitivity to pressure at specific body points. Since 1990 the diagnostic criteria of the American College of Rheumatology (ACR) have been used that require that pain is present for at least three months, in each of the four quadrants of the body, pressure pain is experienced in at least 11 out of 18 tender body points called a trigger, and there is no known disease that may be causing the pain.

Diffuse muscle pain is the best-known manifestation of this problem, but it is not the only one. Many other bothersome symptoms may occur such as fatigue, muscle weakness, sleep disturbances, mood disturbances, paresthesias, general morning stiffness or after rest, dysmenorrhea, chronic headaches, feeling of swelling in the hands, irritable bowel syndrome, dysfunction temporomandibular, dry eyes, sensitivity to cold, sensory hypersensitivity and difficulties with concentration or memory problems.

Although the potential list of symptoms is long, if you have fibromyalgia it does not mean that you will suffer from all of them. Not all symptoms are equally frequent and the level of involvement varies greatly from one patient to another. Along with pain, the most common symptoms are usually fatigue and sleep problems, probably followed by mood disturbances (anxiety and depression).

The great heterogeneity of fibromyalgia, together with certain problems that the examination of trigger points had been causing in clinical practice, led the ACR in 2010 to propose new diagnostic criteria for fibromyalgia that currently coexist with those of 1990.

This new tool does not include the exploration of painful points since they erroneously transmitted the idea that the problem was associated with a peripheral muscular abnormality and, in addition, the improvement in the sensitivity of the points would imply that the person would no longer meet the diagnostic criteria although I would still have fibromyalgia.

Currently, in addition to generalized musculoskeletal pain, the severity of sleep and fatigue problems, cognitive difficulties (eg, attention and memory problems) and various physical complaints are determining factors in establishing the diagnosis.

Fibromyalgia affects approximately 2.9% of the population, with a predominance of women over men (up to a proportion of 4.2% versus 0.2%), and it usually appears between 30-50 years. In Spain, there are some 700,000 people with fibromyalgia, who suffer a great negative impact on their family and work life, and imply significant social and health costs.

What is the cause of fibromyalgia?

The cause of fibromyalgia is unknown, which has influenced why it has long been a poorly understood and largely neglected condition. Fortunately, much more is known about this syndrome today, a multitude of factors have been investigated, and at least hypotheses with considerable scientific support are available.

Initially, a condition as complex as fibromyalgia has to result from the interaction between multiple factors of a biopsychosocial nature.

Furthermore, fibromyalgia can be better understood with a diathesis-stress model. That is, people with fibromyalgia would have a vulnerability (diathesis) or constitutional predisposition to suffer from this problem that causes fibromyalgia to arise when various triggers appear.

Predisposing factors can be both genetic and related to psychological and lifestyle characteristics. The most important trigger factor is the existence of chronic stressors of a physical nature (eg, excessive physical exercise, physical damage after traffic accidents, repeated exposure to extreme temperatures, etc.) or psychological (eg, trauma deep emotional, situations of abuse or abuse, etc.).

The factors on which there is more scientific data are the following:

– Neuroendocrine alteration. There is an alteration of the stress response system (the hypothalamic-pituitary-adrenal axis, HHS). The HHS axis regulates the stress response in mammals. Healthy people show an increase in the release of cortisol and other hormones in response to stress. In fibromyalgia, it can happen the same as the beginning, but the persistence of intense and prolonged stress together with certain vulnerability factors leads to a hypofunctionality of this axis (a decrease in the secretion of cortisol and glucocorticoids is observed), which leads to a persistent loss of adaptability to new stressors.

The alteration of the HHS axis is associated with a cascade of factors that leads to autonomic and immune malfunction (eg, it would activate proinflammatory cytokines that are associated with pain, fatigue, emotional hypersensitivity, and cognitive disorders). In addition, a process that is altered when we are stressed is sleep, and there are several complex interactions between the existence of sleep problems, immune changes, and the clinical symptoms of fibromyalgia.

– Central awareness. In fibromyalgia, there is abnormal processing of sensory perception and amplification of pain at the central nervous system level that would cause hyperalgesia and allodynia (perception of a non-painful sensory stimulus such as pain). For example, these people experience pain when less than 4 kg per cm2 of pressure is applied in “trigger points”, while people without this problem would interpret this pressure as not painful.

Neuroimaging studies have shown that people with fibromyalgia had lower pain thresholds than healthy people in activating the so-called pain neuromatrix regions.

Analysis of neurotransmitters that facilitate or inhibit pain transmission shows high levels of transmitting substances (eg substance P) and low levels of pain-relieving substances such as norepirephrine, serotonin, and dopamine that indicate impairment of endogenous mechanisms of inhibition. from pain.

Alterations in these substances also have complex relationships with sleep and the various clinical symptoms of the syndrome (eg, poor sleep is associated with decreased serotonin and increased substance P).

– Psychological factors. People with fibromyalgia have certain psychological characteristics that can act as vulnerability and maintenance factors of the problem. For example, the presence of alexithymia (difficulty in recognizing and expressing one’s emotions) and neuroticism (very nervous people) frequently observed in fibromyalgia have been associated with high levels of stress caused by inadequate emotional regulation.

Frequently a style tending to hypervigilance of pain is also observed (be aware of the changes that occur in our body), combined with pain anxiety and pain catastrophization that have a great negative impact on the perception of clinical symptoms, the functional capacity, emotional state and the development of adaptive coping behaviors.

The very condition of states of anxiety and depression contributes to the imbalance of the neuro-endocrine, immune system, and the central pain processing mechanisms.

The great heterogeneity in the form of clinical presentation of fibromyalgia has also led to the suggestion that there could be various subgroups with different clinical characteristics, causes, and therapies, although more research is needed.

How to treat fibromyalgia?

Currently, there is no treatment that makes the disease go away completely. Treatments are symptomatic, that is, they focus on eliminating or reducing annoying symptoms, thus mitigating the negative repercussions on the person’s life.

The therapy must be individualized and flexible since no two people are the same. Each patient may differ in the type and intensity of symptoms they present, the degree of activity they can develop, etc. Not everyone responds to treatment in the same way, some may experience a remarkable recovery and others only slight improvements.

The Evidence-Based Practice guidelines for fibromyalgia emphasize the need for treatment to be interdisciplinary. Initially, it is essential that the person receives adequate information about his problem and develops an active attitude in relation to his condition.

Below, the three basic pillars of treatment according to the available evidence are the following:

For example, the American Pain Society Consensus Document for Fibromyalgia Approach recommends low-dose amitriptyline or cyclobenzaprine as a first step, and follow a program of cardiovascular exercise and cognitive behavioral therapy. If the above is not enough, you can try tramadol (a pain reliever), serotonin reuptake inhibitors, and dual serotonin and norepinephrine inhibitors.

Unfortunately, fibromyalgia medication is currently abused and it is not uncommon for a person to take up to more than ten different pills with little or no improvement. It is important to know that widely used drugs such as non-steroidal anti-inflammatory drugs, muscle relaxants, hypnotics, corticosteroids, or opioids, not only do not work but can even aggravate the condition.

Pharmacological therapy has some value in treating bothersome symptoms, but without the support of psychological intervention, its scope is quite limited.

Sometimes these patients have been erroneously recommended to avoid physical exercise considering that it aggravates the symptoms. The avoidance of exercise contributes to the maintenance of the problem, by worsening fatigue and being able to suffer muscle deconditioning due to lack of exercise.

A gradual increase in activities and physical exercise is therapeutic and provides benefits in various areas of physical health and psychological well-being (eg, reduces the level of anxiety, increases self-esteem, etc.).

It is recommended to combine aerobic (eg, walking, swimming, etc.) and anaerobic (eg, light weight lifting or isometric exercises in which you push or pull on an immovable object).

The physical exercise program must be designed and supervised by a specialist and be adapted to your personal and clinical characteristics. Remember that exercise is only effective if it is carried out continuously. You may have to try different formulas until you find the one that you like the most and that benefits you the most.

– Cognitive-behavioral therapy (CBT). This therapy focuses on psychological factors (cognitive, emotional, and behavioral) that help maintain or exacerbate the problem. It usually includes various components, including education about the disorder itself, and which should be extended to the family, relaxation, coping strategies for stress, training in problem-solving, learning to regulate the level of activity, and cognitive restructuring. Cognitive restructuring works with the patient’s dysfunctional attitudes and affective reactions to pain.

The person is taught to know himself and to know what is harmful to him (eg, the overload of activity during good days, prolonged avoidance of exercise, poor sleep, etc.) and to identify early signs of crisis and how to cope with them. weather.

Family dynamics are also addressed by asking the different members of the family to express their feelings, their needs, the way it affects them, etc., and helping to adopt solutions to the conflicts that may arise in coexistence.

This treatment usually lasts 3-4 months with a weekly session. Psychological intervention produces, among other aspects, improvements in pain, fatigue, negative mood, functional limitations, and a sense of self-efficacy.

If you have fibromyalgia you can make yourself feel better. Find a professional who can offer you therapies that research has shown work. If you live in Granada you can participate in programs of this type that we offer in my research team on fibromyalgia (more information at the beginning of the blog).

Recourse to new or alternative therapies such as electrotherapies, ozone therapy, etc. It is very common, but most of these options, which are also sometimes very expensive, have not yet been subjected to rigorous studies.

Try to lead a balanced, calm and comfortable lifestyle, taking care of your sleep, diet, and exercise, and respecting your limits. Free yourself from your perfectionist behaviors and attitudes, from your dichotomous “all or nothing” tendencies, from your emotional dependencies, from the fear of saying “no” to others, and allow yourself to feel and communicate positive and negative emotions, value yourself with your strengths and weaknesses, and enjoy a little more of the “here and now”. 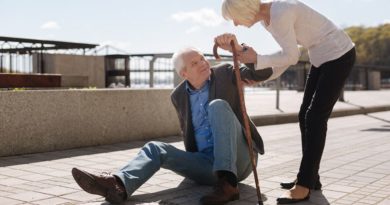 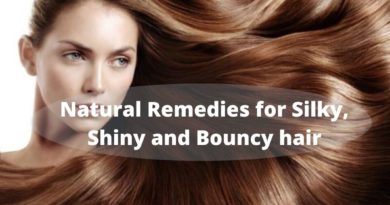 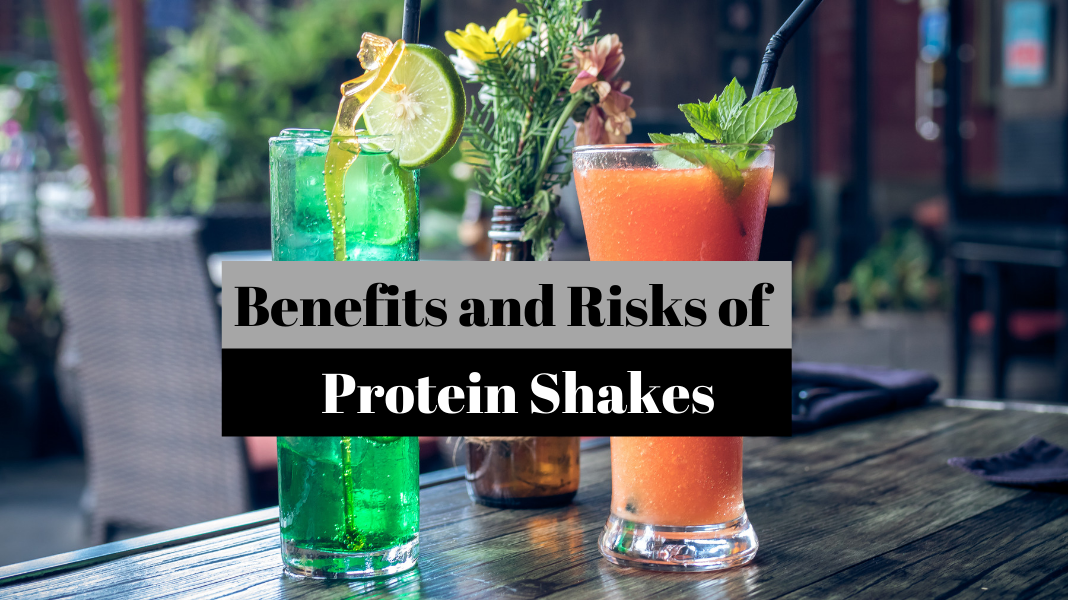 Benefits and Risks of Protein Shakes