What is yoga? Yoga is an ancient discipline of philosophical and healing teaching, which mainly comprises body postures and breathing exercises. The roots of yoga are found in India and go back several thousand years. According to the classical tradition, yoga is a spiritual path towards achieving a religious or mental goal. Yoga considers the body and minds holistically, and its meaning in Sanskrit is “union”.

Today, what most people are looking for with yoga is to relax, reduce stress, improve coordination and body mobility, and avoid pain in the musculoskeletal system. Regarding medicine, in yoga, there are two types of exercises that play a fundamental role: physical exercises (asanas) and breathing exercises (pranayama). Practiced as a relaxation technique, yoga contributes to balancing a lifestyle marked by stress and reducing internal tensions. To achieve this, it is important to practice yoga regularly; if possible, twice a day in a relaxed atmosphere.

The benefits of yoga.

Yoga is a discipline in which the body and mind are worked together. Originally from India, yoga helps to take care of health through postures (asanas), breathing and meditation that improve flexibility, strength, and balance on a physical and spiritual level. We give you ten reasons to try yoga.

The fundamental idea in yoga is that everyone has to work to achieve a goal. On the way to the goal, there are a total of eight stages to which you can guide the practice of yoga, for example, self-discipline, concentration, and meditation. In yoga teachings, this is called the “noble eightfold path.”

Hatha yoga, ashtanga yoga, kundalini yoga or energy yoga; There are many different forms and varieties of yoga. Many yoga centers, sports centers, and other facilities offer yoga for both beginners and advanced learners. Even yoga for pregnant women or children is often part of the offered program. For yoga beginners, it is especially important during exercises to avoid those that may exceed their resistance capacity. If in doubt, it is recommended to consult a doctor before starting to practice yoga exercises. In general, you should not try to perform yoga poses that cause pain.

As already mentioned, the origins of yoga are found in India, where more than two thousand years ago a sage named Patanjali wrote a series of aphorisms about this discipline. The so-called “noble eightfold path” forms the basis of yoga, specifically, raya-yoga. Within it are distinguished:

To date, different types of yoga have been developed with different approaches. There is, for example, hatha yoga, whose central axis is formed by body exercises (asanas); ashtanga yoga is a variant of hatha yoga, but with more sophisticated exercises performed in sync with the breathing being. Originated in the United States, there are other variants such as the so-called power yoga, very widespread in Western countries and whose exercises have little to do with the traditional practice of yoga. Other forms of yoga, such as bhakti-yoga, jnana yoga, karma yoga, focus primarily on the spiritual and religious aspects of yoga. Bikram yoga has also emerged, created by Bikram Choudhury, which consists of performing the asanas at 40 degrees and under 40% humidity for 90 minutes.

The practical application of yoga today is very varied. The classic goal of this discipline, focused on finding a spiritual path to achieve physical and mental balance, remains a priority in many yoga therapies.

Yoga exercises are aimed at:

All this as a relaxation technique to reduce stress and prevent disorders related to concentration and sleep, as well as to help mitigate diseases and pain, such as back pain.

How is mindfulness practiced? The so-called western meditation is a lifestyle that allows you to be fully aware of each present moment, to control emotions, stress, and the way of perceiving the environment. Some professionals claim that it may have therapeutic properties. Do you dare to try it?

The practice of yoga can be done both in a group and alone. Those who practice yoga are usually placed on a non-slip yoga mat. A yoga session begins with exercises aimed at training concentration to “forget” the day to day and seek inner peace. This brief meditation is followed by the performance of different postures, the so-called asanas. Some of the most famous yoga exercises are, for example, the lotus position and the so-called easy pose (sukhasana). Each of the yoga exercises is aimed at different areas of the body and can be combined with breathing exercises (pranayama).

To do it correctly, it is necessary to maintain each posture for several minutes, since the aim is to focus the mind on the exercise being performed and establish a connection between body and mind, paying attention to physical sensations and control of breathing. At the end of each session, it is common to do exercises that lead to deep relaxation of the person.

Regular practice is very important. It is recommended to practice it twice a day for twenty or thirty minutes, to learn how to do the exercises well. Although it is difficult to know exactly the degree of effectiveness of yoga on our body, there are studies that highlight the positive effects of yoga in the treatment of problems and diseases such as high blood pressure and back pain.

For many people, yoga improves their physical and emotional well-being, thus relieving stress and tension, and helping to alleviate and prevent other health problems. Yoga is believed to have a positive impact in the following cases:

It should be noted that it is not advisable to consider yoga as the only treatment for diseases, but it can be used to support conventional medical therapy. In any case, it is essential to always consult a specialist doctor beforehand. 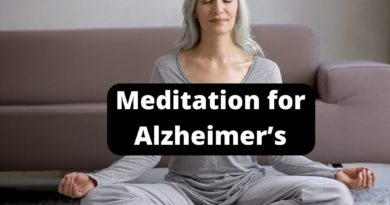 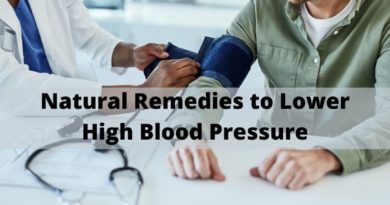