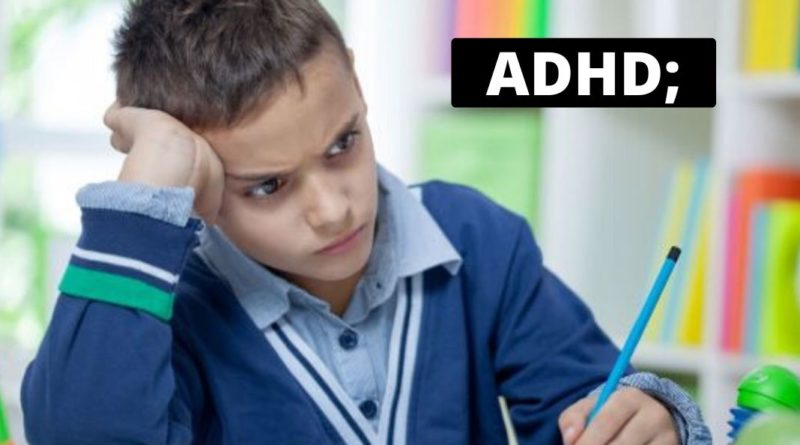 Who is affected by ADHD?

It is estimated that between 1-5% of school-age children suffer from ADHD, ADD or hyperkinetic disorder, being 3 to 5 times more frequent in boys than in girls.

What are the symptoms of ADHD?

According to the World Health Organization, the criteria for diagnosis are grouped into three large groups of symptoms. Although the two main groups of symptoms are hyperactivity and attention deficit, there is a third group of symptoms, impulsivity, which must be taken into account. Symptoms must have persisted for at least six months and should not be explainable and customary for the child’s age or intelligence level.

Sometimes problems do not show up at home, but they can be very evident when the child goes to school. This can happen when parents do not realize that their child’s behavior is out of the norm (perhaps because they have not had more children, or have other children who behave similarly). It may also be because the problems are minor or because the family has treated inattention at home in such a way that there is no evidence that it is a serious problem or because the child is very young. In these cases, it is quite reasonable that the parents do not consider that their child has a problem with attention deficit.

It is generally inappropriately loud in the game or has difficulty integrating into quiet leisure activities. It shows a pattern of excessive and persistent motor activity that is not substantially modifiable by social requirements. You get up in class or in other situations where you are expected to remain seated. Frequently you show concern with movements of the feet or hands or stir in the seat.

Often unable to pay attention to detail or carelessly making mistakes during school or other activities. Often unable to maintain focus on tasks or play. He often seems not to hear what is being said to him. Often fails to follow instructions or complete duties or tasks (not caused by deliberate oppositional behavior or failure to understand instructions). Inability to organize tasks and activities. He often avoids tasks like homework that require sustained mental effort. They often lose things necessary for certain tasks or activities, such as pencils, books, or toys. He is easily distracted. They tend to be forgetful in daily activities.

Frequently exclaims or answers before the question is asked. He is often unable to keep his turn in queues or other group situations. Frequently interrupts or meddles in the affairs of others (for example, meddles in other conversations or the games of others). He often talks too much without holding back on social considerations.

What other disorders should be ruled out?

First of all, keep in mind that many children can be very active or easily distracted, or have difficulty concentrating. If these behaviors are relatively mild, they should not be considered an alteration.

Before diagnosing ADHD, ADD or hyperkinetic disorder, it must be ruled out that the child has any of the following symptoms:

What other difficulties can arise along with ADHD?

ADHD often appears to accompany other difficulties and is not the only cause of behavioral and behavioral disturbances. Children may show tantrums, sleep disturbances, and clumsiness. Other behavioral problems that occur with ADHD are:

What are the causes of ADHD?

The causes of ADHD, ADD, or hyperkinetic disorder are not known. It usually arises from a combination of psychological, biological, and environmental factors.

How is ADHD diagnosed?

ADHD requires a medical diagnosis made by a doctor, usually a psychiatrist or pediatrician. It will often be appropriate for other professionals such as psychologists, speech therapists, and teachers to contribute their observations to the evaluation of the child with possible ADHD.

There is no single diagnostic test for ADHD, so all kinds of information should be collected (1), such as the following:

What is the treatment for these disorders?

Treatment will depend on the exact diagnosis of the child and what the salient symptoms are. You should be aware of your specific difficulties and strengths that can help you improve. Medication alone is often not enough to treat all needs with ADHD, ADD, or hyperkinetic disorder, but often needs to be combined with targeted psychological treatments to help modify a child’s behavior, support parents, and improve school performance.

Management techniques for parents and teachers:

Although it is the child who suffers the most, it is not easy to live with a child with this type of disorder. Both parents and teachers are fundamental elements in treatment and must establish strategies for behavior modification, with a structured regime of punishments and rewards, always with the support and advice of a specialist, be it a psychiatrist, a psychologist or a child therapist. Parents must understand that excessive permissiveness will not help their children and in any case will prevent them from learning to be responsible for their actions. Therefore, it is not beneficial to completely exempt these children from the tasks, rules, and responsibilities that apply to other children.

Some of the following strategies can be very useful:

While as mentioned above, medication is often not enough, in many cases it is necessary for the treatment of these disorders. When they are taking medication, it must be clarified that it is simply one more help so that they can function and fit better in school, with other children and with the elderly. Stigmas and misconceptions need to be addressed and quickly removed (like if I take these pills it’s because I’m crazy).

The drugs most commonly used in the treatment of ADHD are stimulants of the central nervous system, such as some derivatives of amphetamines, the most widely used drug being Methylphenidate (Rubifen). These drugs are effective in reducing hyperactivity and impulsivity and help improve the child’s attention and concentration. These drugs, which should not be used in children under 6 years of age, have some important side effects and must be administered with close medical supervision.

Other drugs that have been used successfully in the treatment of these disorders are antidepressants such as imipramine, fluoxetine, or other serotonin reuptake inhibitor drugs, or bupropion.

Behavior modification techniques, such as those mentioned above, are essential in the treatment of ADHD, ADD or hyperkinetic disorder, and for mild attention deficit problems, they are the treatment of choice. Other psychological treatment modalities that may be helpful include targeted therapies for decreased anxiety, therapies for improved social skills, and certain group therapies. Likewise, it is also necessary to support individual or group learning, aimed at improving achievement and school integration.

What is the prognosis?

The course and evolution of symptoms are highly variable. Symptoms may persist through adolescence and adulthood, disappear during puberty, or there may be a partial remission so that hyperactivity disappears but attention deficits and impulse control problems persist. Approximately half of those affected present a complete remission of symptoms upon reaching puberty, this being very infrequent before the age of 12 years. However, a significant number of patients will experience problems that will persist in their adult lives. In fact, in 15-20% of cases, the symptoms persist in adolescence and adulthood. In this case, it is often accompanied by other disorders such as the presence of depressive symptoms, anxiety symptoms, abuse of alcohol or other drugs, or antisocial behaviors. 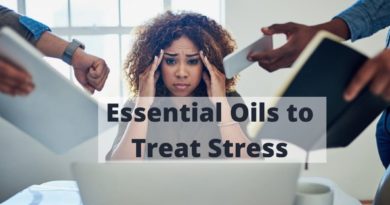 Tips for Better Sleep When You Have Insomnia 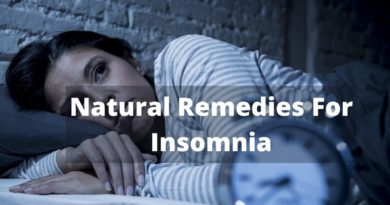